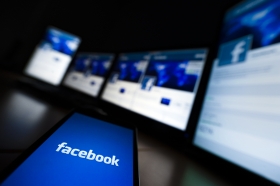 As if Mark Zuckerberg and Facebook don’t have enough problems, Facebook’s being sued.

The patent infringement suit filed by Software Rights Archives LLC (SRA) puts Facebook among the ranks of Twitter, Google, Yahoo, AOL, and Microsoft as a company SRA has filed suit against in the past two years. The three patents in question are software patents derivative of each other and entitled “Method and apparatus for indexing, searching and displaying data.”

Leaving the merit of the suit up to the court all I have to say about the case is this: If I see one more stupid software patent suit I’m going to flippin lose it!

The patentability of software is a subject of intense debate that needs to end. Both sides of the software patent issue are missing the point. The problem is not be whether software should be patentable, but whether individual patents merit twenty years of protection.

The purpose of patents are logical and simple. There is nothing particularly objectionable about them. Patents exists to encourage people to:
1. Invent. If individuals can’t claim credit for their inventions they will have no motivations to invent. This will bring a halt to all technological advancement.
2.  Disclose inventions once made. If individuals fear others stealing ideas, they will hide their inventions keeping the knowledge gained to themselves. This hinders technological advancement, forcing others to rediscover instead of building upon the discoveries of the past.

The problem is that patent system, with particular emphasis on software patents, is a dated bureaucracy so intensely focused on rules and their wordings that the intention with which those rules were created has been forgotten. 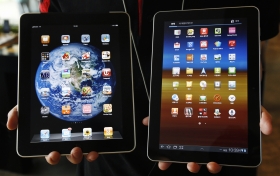 When an inventor applies for a patent they are agreeing to share their invention, which significantly advances technology in exchange for a period of exclusive rights to that invention. Given that in America, once granted, a patent can be held for up to 20 years it is implied that the idea is so novel / non-obvious that it would take another 20 years to independently develop the idea -- or at the very least the time and money needed to recreate such an invention are prohibitively high enough that the 20 year protection is warranted.

What’s more, this social contract for sharing knowledge and discoveries through patents has violated its own intent by punishing those who would look to learn from patents. In our patent system, if a party is proved to knowingly infringe on another's patent the fine is three times as great as if they had un-knowingly infringe on another’s patent. This rule is doubly ridiculous. Firstly because it undermines the purpose of the patent system, punishing those who would seek to learn from the discoveries of others. Secondly because it admits that patents can be obvious enough that a second party can accidentally infringe on them. Not to mention that even if another party discovered the patented invention completely independently they have still somehow stolen from the patent’s inventor -- an asinine concept if one ever existed.

I like patents and I don’t mind software patents either, but a system that not only fails to understand why it exists, but contradicts why it exists is intolerable. If we want to fix our patent system we need to start asking ourselves what it’s meant to do and how it does that. That applies to what’s patentable, how long patents last, what counts as infringing, and who can own and control patents (aka controlling patent trolls). To me the legality of Software Patents is irrelevant. As long as an idea or invention is novel, nonobvious, and useful enough to warrant 20 years of protection, it should be acceptable no matter what it is.

Related Organizations
Solar Thermal Consultants Pty. Limited One World Academy CYRSLER CORPORATION CFIT HOLDING CORPORATION
Tags
software Patent Patent Litigation patent infringement patent troll invention
Share
Previous Post
Next Post
Ray Van DykeYou gloss over patent law principles and assume much. Where a company takes another company's patented technology and is sued, then if that taking is shown, if that taking is egregious, and if the judge/jury thinks an example should be made, then the judge/jury MAY award enhanced damages. If the "taking" is accidental, then enhanced damages are normally not awarded.
Aug 13, 2012
Ray Van DykeSoftware patents are very important to many American companies. The reason we have controversy on software patents is these are fairly new. Plastics, sewing and other technologies that were cutting edge years ago have similar controversies. The patent system is rigorous and questionable patents can be invalidated either in court or at the Patent Office.
Aug 13, 2012
2nd Annual Patexia Mixer