Nicholas PellSep 17, 2012Science and Technology
Innovation is a dead horse at Apple 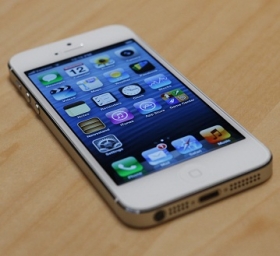 The iPhone 5 debuted this week, causing underwhelmed responses to the latest toy from Cupertino. As the first big iPhone release since the death of Steve Jobs, Apple was under a lot of pressure to wow their audience and the general public. The result? An iPhone 4S with a slightly larger screen, mostly, but also a little more juice under the hood, lighter weight and a longer battery life. The Internet quickly took to calling the device "the iPhone 4SS."

Apple's claim to be the most innovative company in the world seems to be more PR than reality at this stage. Even Apple aficionados, not exactly the most discerning bunch in the world of tech, aren't too jazzed on the new phone. And, of course, the question that will be asked of everything Apple does from now until the end of time is: "What would Steve Jobs think?"

The mantle of innovator, particularly in the field of smartphones, is up for grabs. Apple no longer has a claim to that title. A recent BBC op-ed on the matter opined that the iPhone used to be a BMW flagship car, but now it's a Camry. Indeed, when was the last time you even heard buzz about the new iPhone? There was chatter, to be sure, but "buzz?" Were anyone but the usual suspects excited to see the next thing to come out of Apple's toy lab?

Further, while Apple can be credit to bringing the smartphone game to the masses, they're no longer the favorite of those in the know. Much digital ink has been spilled over the relative merits of Android over iOS, with the Android largely winning the war among forward-thinking tech aficionados. The battle between Apple and Samsung didn't do much except to tarnish Apple's reputation and highlight Samsung products. 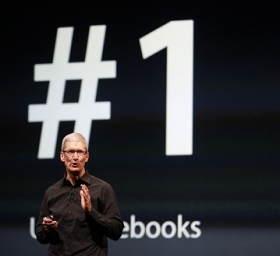 The change in leadership cannot be underestimated in creating this shift in Apple's focus. While it's true that the ghost of Steve Jobs looms large, it's hard not to see the glaring difference between him and his replacement. Jobs was an idea man, a visionary, the logical heir of Thomas Edison (though not Nikolai Tesla) for the 21st Century. Tim Cook is known as a hard-nosed businessman who ran an efficient supply chain and knew how to cut costs. He is, not to put to fine a point on it, not an idea man or a visionary man, but rather a company man who knows how to extract larger and larger profits. Whether or not he has other talents -- or can hire those who do -- remains to be seen. The iPhone 5 certainly isn't wowing anyone in that regard.

When it comes to Apple shareholders, there's no cause for concern yet. But Apple, while not running a charity, has never been about being the biggest thing on the block, even if it actually was. Rather, Apple was the company that was about style and innovation. Ask a shrewd MacBook salesman. He's not selling computers, he's selling top-of-the-line appliances that do what computers do: manage media, connect to the Internet, process images and the like. It's why you haven't been able to get a Mac with an internal modem for the better part of ten years. Innovation used to be king at Apple and the profits flowed from that. Now it seems that Apple is chasing after dollars at the expense of what made the company great.

While what the late Mr. Jobs would have thought of Apple now doesn't matter much, a history of the company is in order. There was a time in the 1990s when Apple was a joke. Jobs turned the company around by taking big chances, betting long odds and winning. Apple has been at the top of the ladder, down to the bottom and back up to the top again. By forfeiting its role as an innovation leader, Apple might well be forfeiting its future solvency.